Disclaimer: MoneySavingExpat.nl has partnerships with some of the products and services featured across the site and may be compensated for this. 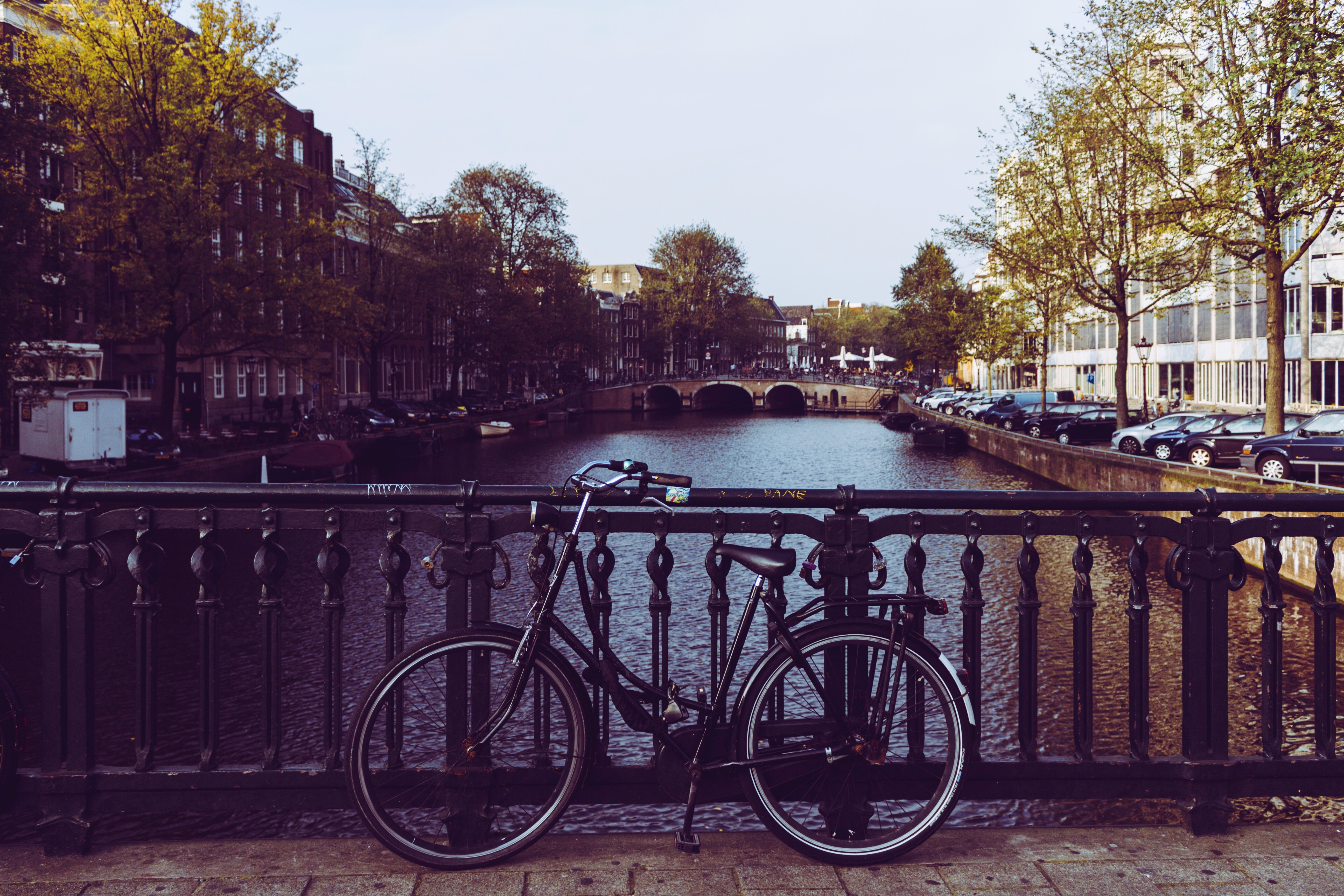 Amsterdam has more fietsen than people they say, so you’d think getting hold of a good bike for a decent price would be fairly easy. However there are a few potential pitfalls and things worth knowing before buying your first Dutch bike – all of which are covered in this guide.

Want a sturdy second-hand bike delivered straight to your door? amsterdambikeswest.nl will deliver you a classic Dutch bike for €200 that meets your requirements. If you’re not happy you can return it for another bike within 1 month.

How much do bikes cost in the Netherlands?

A second hand bike can cost between €50 and €250 depending on the condition and quality of the bike. New bikes start around €250 and can go up to €800 for a really nice city bike from a good brand.

This guide is focused on classic Dutch-style bikes (also known as omafiets or grandma bikes) and city bikes rather than racing bikes or e-bikes. Racing bikes are less common in cities like Amsterdam than in the UK and not practical for day-to-day use getting around a Dutch city. E-bikes are fairly popular but they’re expensive and more for use if you cycle long distances every day.

In a bike shop, second hand bikes are usually slightly more expensive at €200 or more. You can get them for less but be wary of buying the cheapest stock as it is often in poor condition and you’ll soon have to buy a new tyre, chain and brakes, or whatever else is wrong with it. The pros of buying at a good bike shop are that you can try out a few different bikes, haggle on price, and they should be in better condition due to being fixed up by the shop (not always the case).

Facebook is where you can find much cheaper bikes from €50. However some of these can be in terrible condition and may also be stolen. The bike may not be the same as in the picture so be prepared to walk away if it looks like a complete banger.

Recommendations: Where to buy bikes

Those in West, Nieuwe West or Central-West (e.g. Jordaan) can get a quality Dutch style second-hand bike for €200 delivered direct to you from amsterdambikeswest.nl. Check out the store to find out more. If you’re not satisfied you can swap it for another bike.

Albert Cuypstraat in De Pijp also has bikes but they’re not as cheap and basic as Waterloo Plein. The bike shop at the end of the market (near Van Woustraat) is a good repair and bike tools shop and you can probably get a bike in good condition there if you want something more reliable. Another good place in De Pijp is De Stadfiets. However, shops in general are more expensive.

Waterloo Plein market often has a large selection of cheap fairly basic oma bikes under €100. Look for issues with the bike and haggle the price down if possible.

Facebook groups can be a good place to find a bike and cheaper than a shop. However, buying on Facebook can also have some pitfalls such as buying stolen bikes from pushy sellers (see below).

Some example Facebook groups for buying (and selling) bikes that are currently active:

There are also some cheap online-only options for getting a used bike:

As mentioned above, amsterdambikeswest.nl is an online shop that delivers bikes in West Amsterdam up to Jordaan.

Cheapassbikes.nl offer an interesting service. Bikes start at €85 which they promise are refurbished and fixed up. I haven’t used them so can’t vouch for this but they average a four star review from over 200 customers. They also deliver the bike to your house (even if you are not going to be in they will lock it and post the key). They also have a bike leasing service (potentially an alternative to Swapfiets waiting list) but currently this seems to be waiting list only. The downside is you can’t see and try out the bike before you buy it but obviously you can request a different bike if you are unhappy with it.

Another cheap online option is legalbikes.nl. They offer refurbished bikes from €69. They aquire “unused” bikes from “official resellers of bikes taken by the municipality” then refurbish them and resell them. This ensures bikes are not stolen but also ensures that old abandoned bikes are re-used and kept in circulation.

Swapfiets is a hugely popular startup offering monthly bike leases. The pricing is reasonable at €16.50 per month and you get a good quality grandma bike. However, in the long run you’ll lost money – for example if you have a Swapfiets for 12 months it will cost you €198 which could buy you a decent bike with a good lock, lights and pay for upkeep for the same price which you can then sell if needed and get most of the money back. However, Swapfiets is very convenient because they’ll swap your bike if there’s a problem like a flat tyre and the bikes are good quality and if they get stolen you only have to pay €40. It is also a good short-term option and the contract is a rolling monthly contract.

Things to check on the bike whether from a Facebook seller or in a bike shop:

If any of the above seems dodgy then mention it and ask for a discount. Even if the bike is cheap to begin with it is worth haggling. Haggling is not unusual in the Netherlands with used goods so this will be a good opportunity to test your nerve against some Dutch directness. If you fail to get a discount then you lost to a seasoned professional so that’s fine too just don’t take it too seriously.

Stolen bikes on Facebook: Facebook sellers may be profiting from selling stolen bikes that aren’t theirs. If seller is pushy, has a sob story or the bike seems fishy (e.g. a broken wheel lock) just walk away and say you don’t like the bike.

Best type of bike for Amsterdam

The grandma bike is ubiquitous for a reason. These are solid sturdy bikes that need very little upkeep and can be left outside in the elements. They are not particularly fast or agile and can take some getting used to but are well suited for day-to-day use and commuting.

Tips for avoiding theft of your new bike

Bikes get stolen in Amsterdam and big cities in the Netherlands all the time. On moving to Amsterdam I bought a bike and it was stolen within a week because I used a cheap lock and left it in an isolated spot. Stealing and reselling bikes is an easy way for some people to make money.

Additionally if you leave your bike in the wrong place the municipality can take it away within hours and you may not be able to get it back from them if they can’t find it in the depot.

1 thought on “Buying a second-hand bike in the Netherlands: Tips and tricks”