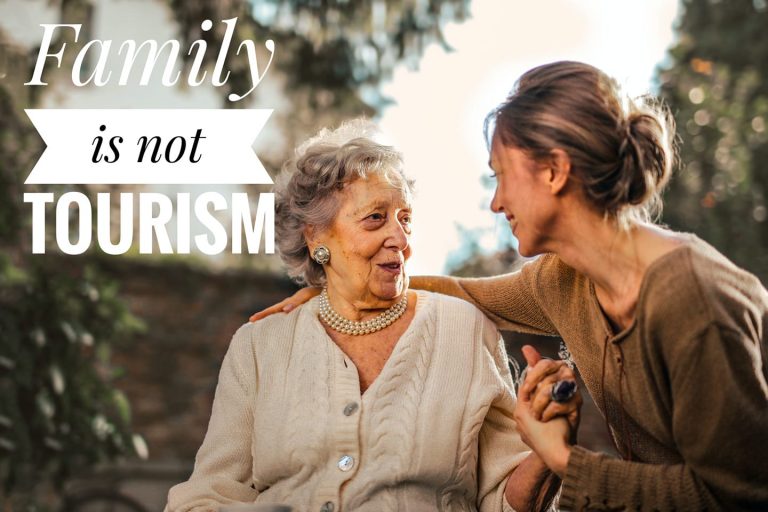 A petition to allow non-EU family members to visit family in the EU by invitation has reached over 13,800 signatures.

The petition created by a Dutch-based campaign group was recieved by the EU in January and a preliminary investigation was begun, but nothing has been heard since.

This is particularly worrying for Dutch campaigner Lorraine Blauw, who is due to have an emergency operation next week.

They make an exemption for people in a three-month long distance relationship but not even consider a case for us?

Blauw has been campaiging for the Dutch government to allow her mother to visit from South Africa to help with childcare and support her after her surgery to a tumour on her foot.

Blauw, who is married to a Dutch man, told DutchNews.nl that she was laughed at by officials who told her she was a ‘foreigner who didn’t belong here’.

She believes there is a double standard because ‘they make an exemption for people in a three-month long distance relationship but not even consider a case for us?’ referring to the exemption on travel restrictions for those in long-term relationships first introduced in July 2020.

Kristina Machulskaya-Henry, a Dutch-based campaigner, has gathered over 13,800 signatures on the petition to the EU to lift the travel ban for non-EU close family.

The petition states that ‘EU law (e.g., EU directive 2004/38/EC) calls for equal treatment of EU citizens and their 3rd country family members. The travel restrictions for close family members goes against the letter and spirit of EU legislation.’

The petition as been accepted by the EU but there has been no further response.

Allow immediate family of new mothers to travel to the Netherlands

In addition to the EU campaign there is a petition specifically to the Dutch Tweede Kamer focusing on allowing travel to attend and support expectant mothers and post-partum parents. This has reached over 400 signatures.

‘Birth can be considered an emergency case, as it is already being done in neighbouring countries like Germany & Luxembourg. Immediate family members are here to support their children in the new phase and not for tourism.’